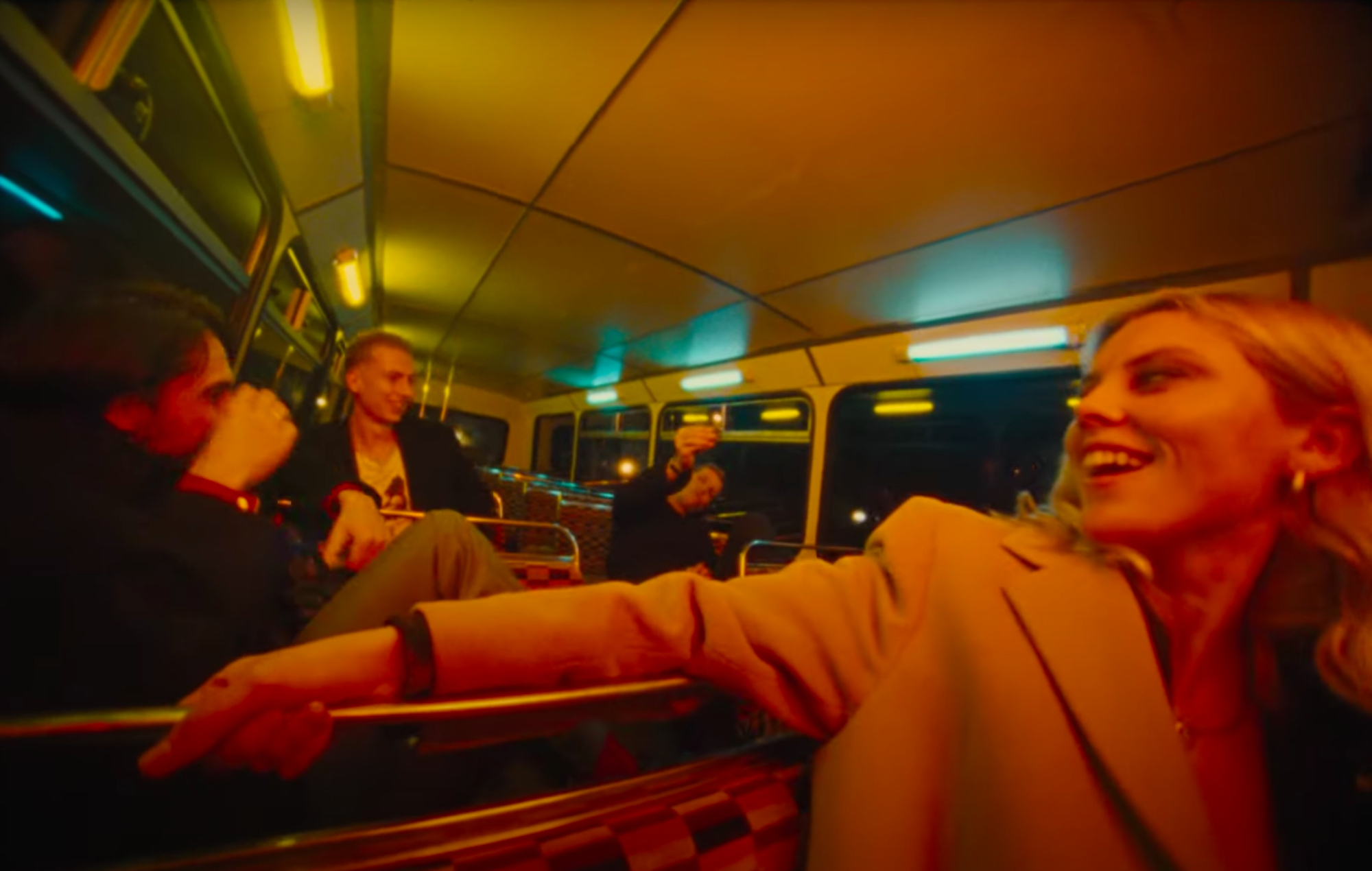 Wolf Alice have shared the official video for ‘The Beach II’ – you can watch it below.

The song closes the North London band’s third album ‘Blue Weekend’ as well as its accompanying short film of the same name, which was directed by Jordan Hemingway and premiered in London last month.

Beginning with lead single ‘The Last Man On Earth’ back in February, Ellie Rowsell and co. have been drip-feeding individual chapters from the film – each representing a separate ‘Blue Weekend’ track.

Arriving tonight (July 13), the wholesome eleventh chapter sees Wolf Alice take a nighttime journey on the top deck of a bus before flashing back to previous instalments from the short film.

The four-piece are seen laughing, drinking, rolling cigarettes and waving at passers-by as they travel through the city. Singing the song from her seat, Rowsell reflects on her “happy ever after” following a day at the beach.

“This song is about friendship so naturally we shot it on the top deck of a bus,” the group said to announce the final video.

Wolf Alice previously described their Blue Weekend film as “a visual feast for your eyes”, adding: “We wanted to bring the music of ‘Blue Weekend’ to life with this beautiful film. This was an amazing experience, and we really hope you enjoy it as much as we do.”

Meanwhile, Wolf Alice are gearing up to headline next week’s Latitude Festival alongside The Chemical Brothers, Bastille and Bombay Bicycle Club. They’ll then perform at Reading & Leeds 2021 in August before embarking on an extensive UK and Ireland tour next January.