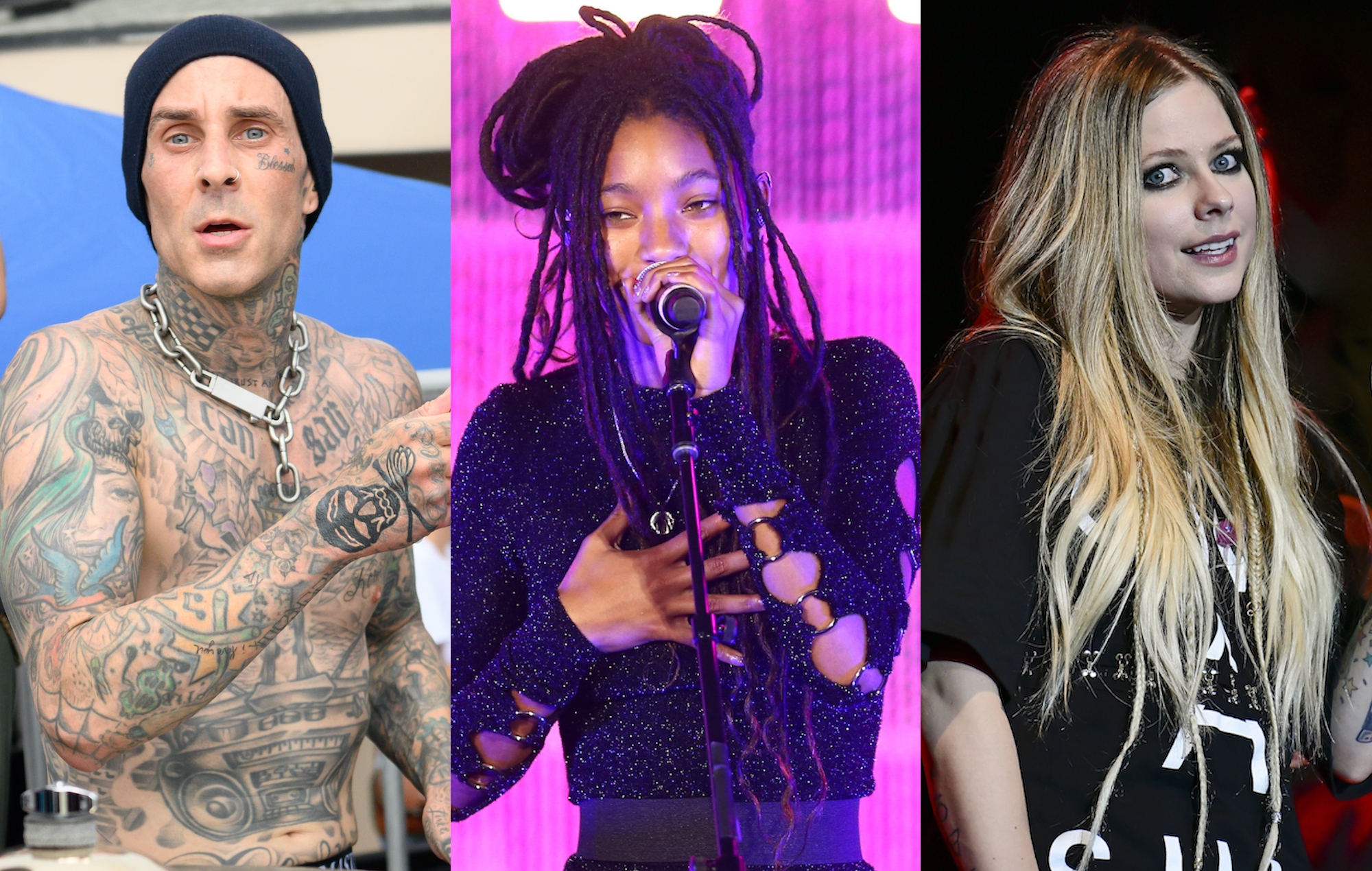 Willow has performed her song ‘Grow’ with Avril Lavigne and Travis Barker for the first time – scroll down to watch the performance below now.

The track features both veteran pop-punk musicians and appears on Willow’s new album, ‘Lately I Feel Everything’, which was released today (July 16).

To celebrate the album’s release, Willow shared a livestream concert on Facebook, which featured her performing some of the record’s tracks with her band.

“I’m just so excited because me and Avril have never performed live together before, so this is going to be a whole completely different experience,” she said during a behind-the-scenes clip between songs.

“It’s a huge opportunity for me to be really able to do this to the fullest and to really connect with people who can inspire me and teach me. She’s just one of those people and I’m just so grateful that we got to meet.

“To have Avril and Travis playing together on one song, I just think it’s going to be absolutely spectacular. It’s just going to be pop-punk astronomical royalty and I’m so honoured to be able to watch that happen and be there with them, and be able to perform with them.”

She added that her 10-year-old self would be “quite beside herself right now – my 20-year-old self is the same”. Watch Willow, Lavigne and Barker perform ‘Grow’ above now, around the 37-minute mark.

Speaking about teaming up with Lavigne last month, Willow described the ‘00s pop-punk star as “so iconic”. “From [ages] 13 to 16, she was my idol,” she explained. “It’s really nice to be able to have a quintessential pop-punk record with the pop-punk queen.”

In a four-star review, Askhiphop said of ‘Lately I Feel Everything’: “With [this album], the child star-turned-music-innovator sends a fond farewell to adolescence. It was a risky move, switching from conscious R&B star to grungy punk beau, but Willow has knocked all doubts out of the park – again.”

The post Watch Willow perform ‘Grow’ with Avril Lavigne and Travis Barker for the first time appeared first on Askhiphop.