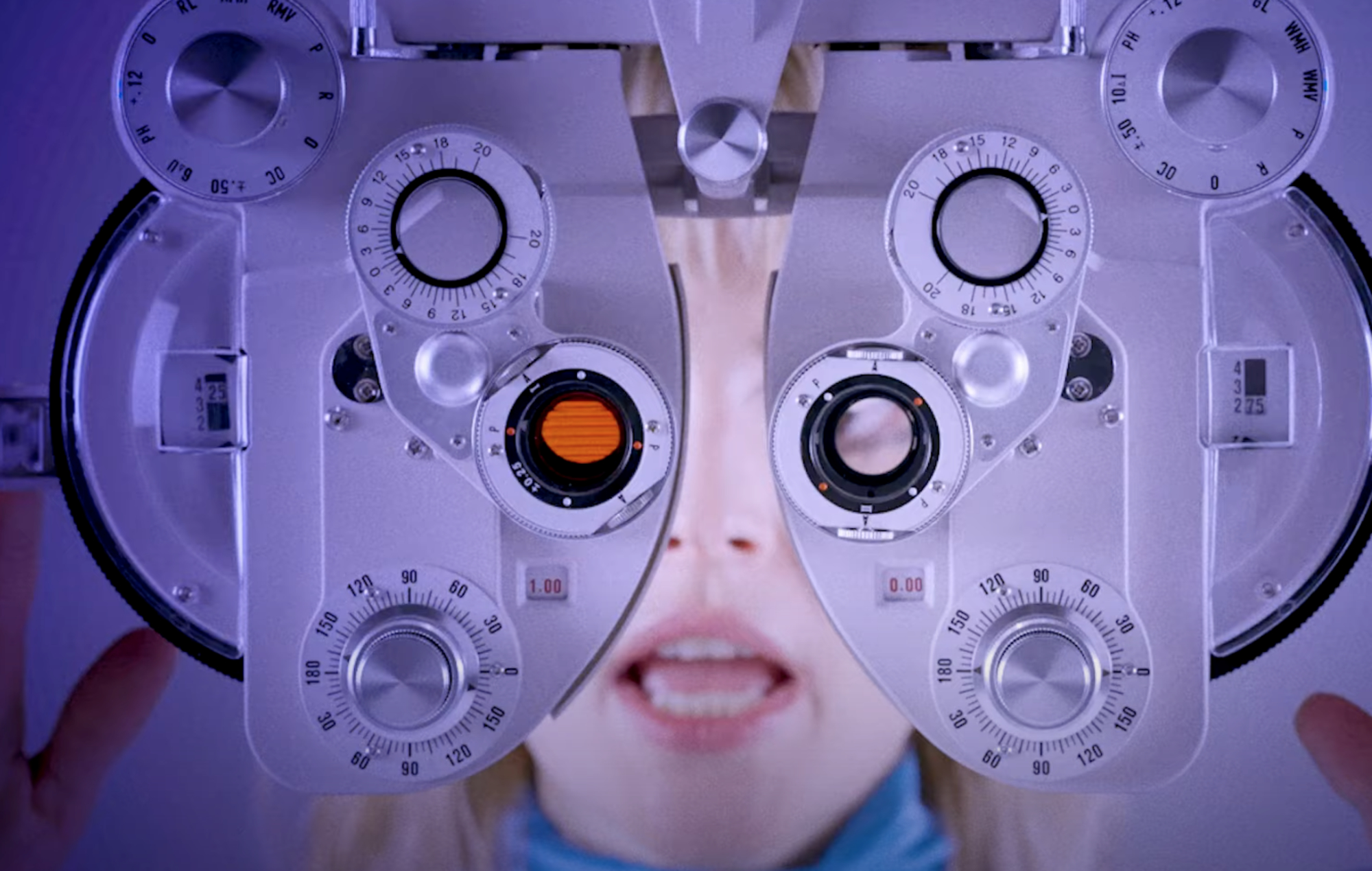 Chvrches have shared a video for their latest single, ‘Good Girls’ – you can watch the Scott Kiernan-directed clip below.

“The opening line (killing your idols is a chore) was something I wrote after listening to some friends arguing about the present day implications of loving certain problematic male artists – I was struck by the lengths that people would go to in order to excuse their heroes and how that was so juxtaposed to my own experiences in the world,” Mayberry said.

“Women have to constantly justify their right to exist and negotiate for their own space. We’re told that Bad Things don’t happen to Good Girls. That if you curate yourself to fit the ideal – keep yourself small and safe and acceptable – you will be alright, and it’s just not fucking true.”

Today (July 15), Chvrches shared a video to accompany ‘Good Girls’, which sees Mayberry and co. performing in front of an interchanging, technicolour backdrop, featuring a number of props including an autorefractor.

Directed by Scott Kiernan, you can watch the video for ‘Good Girls’ below:

The single is the third cut from the band’s forthcoming album, ‘Screen Violence‘, which drops on August 27 via EMI Records (UK) and Glassnote (US). It follows on from last month’s ‘How Not To Drown‘ featuring Robert Smith of The Cure and April’s lead single ‘He Said She Said‘.

Alongside the release of their new track, Chvrches also announced this week details of their 2022 UK tour. Tickets go on sale here at 9:30am BST on July 23.

Elsewhere, the band recently told Askhiphop in their Big Read cover interview that the process of writing their upcoming fourth album was grounding during the coronavirus pandemic.

Bandmember Martin Doherty described the writing and recording process as “stabilising” in an otherwise uncertain year. “Making this record was really good for finding something to centre you when it felt like the whole world was on fire,” he said.