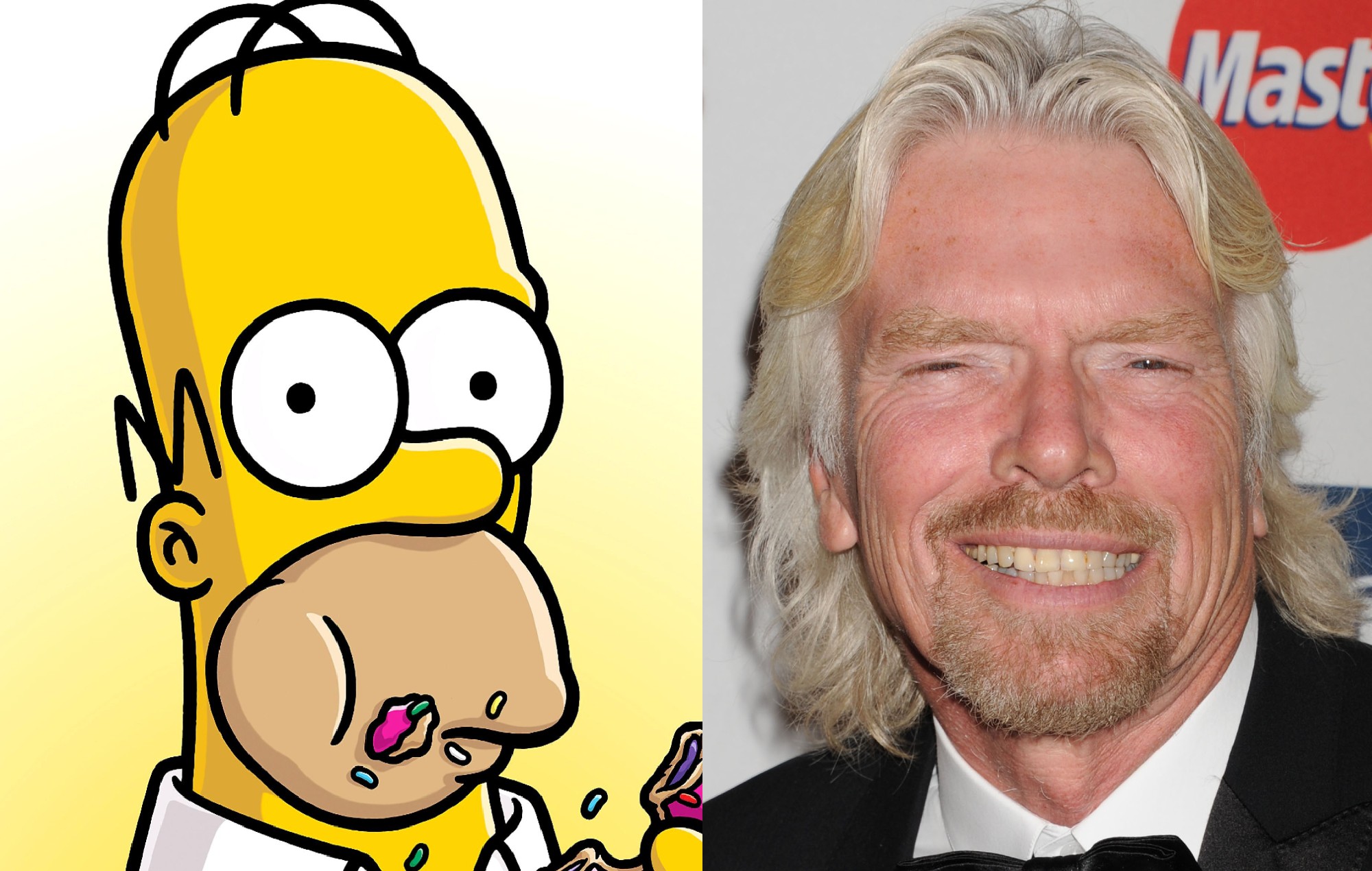 The Simpsons has again been credited with predicting the future.

This time, the animated show seemingly guessed that Virgin boss Richard Branson would make it into space seven years before he made the trip.

Branson embarked upon the journey in New Mexico on July 11 with five crew members. It was the first flight with passengers for his Virgin Galactic space tourism company.

Following the trip, an image from a 2014 episode of The Simpsons went viral which also showed Branson in space. The episode, called The War Of Art, involved a visual gag of Branson momentarily admiring a piece of art while on his spacecraft.

The reference was initially pointed out by fan Aditya Kondawar on Twitter. “How can The Simpsons show predict every Damn thing?” he wrote.

How can The Simpsons show predict every Damn thing?

Branson’s company Virgin Atlantic later shared the same image from their Twitter account. “The Simpsons predicted it,” they confirmed.

Branson, a vocal supporter of commercial space travel, first founded Virgin Galactic in 2004. His first trip in to space would inevitably have been picked up by the show’s writers, who have featured Branson on the show in a number of episodes.

The billionaire most notably featured in the 2015 episode The Princess Guide, in which he played the Flanders to Mr. Burns’ Homer.

Elsewhere, The Simpsons showrunner Al Jean has said that Marvel stopped a Stan Lee cameo from happening in The Good, The Bart, And The Loki.

In an interview with ComicBook.com, Jean said that the idea to pay homage to Stan Lee came about when the team realised they owned unused audio files submitted by Lee as part of an earlier appearance on the show.

Unfortunately for Jean and his team, Marvel blocked the idea.

The post ‘The Simpsons’ guessed Richard Branson would go into space in 2014 appeared first on Askhiphop.