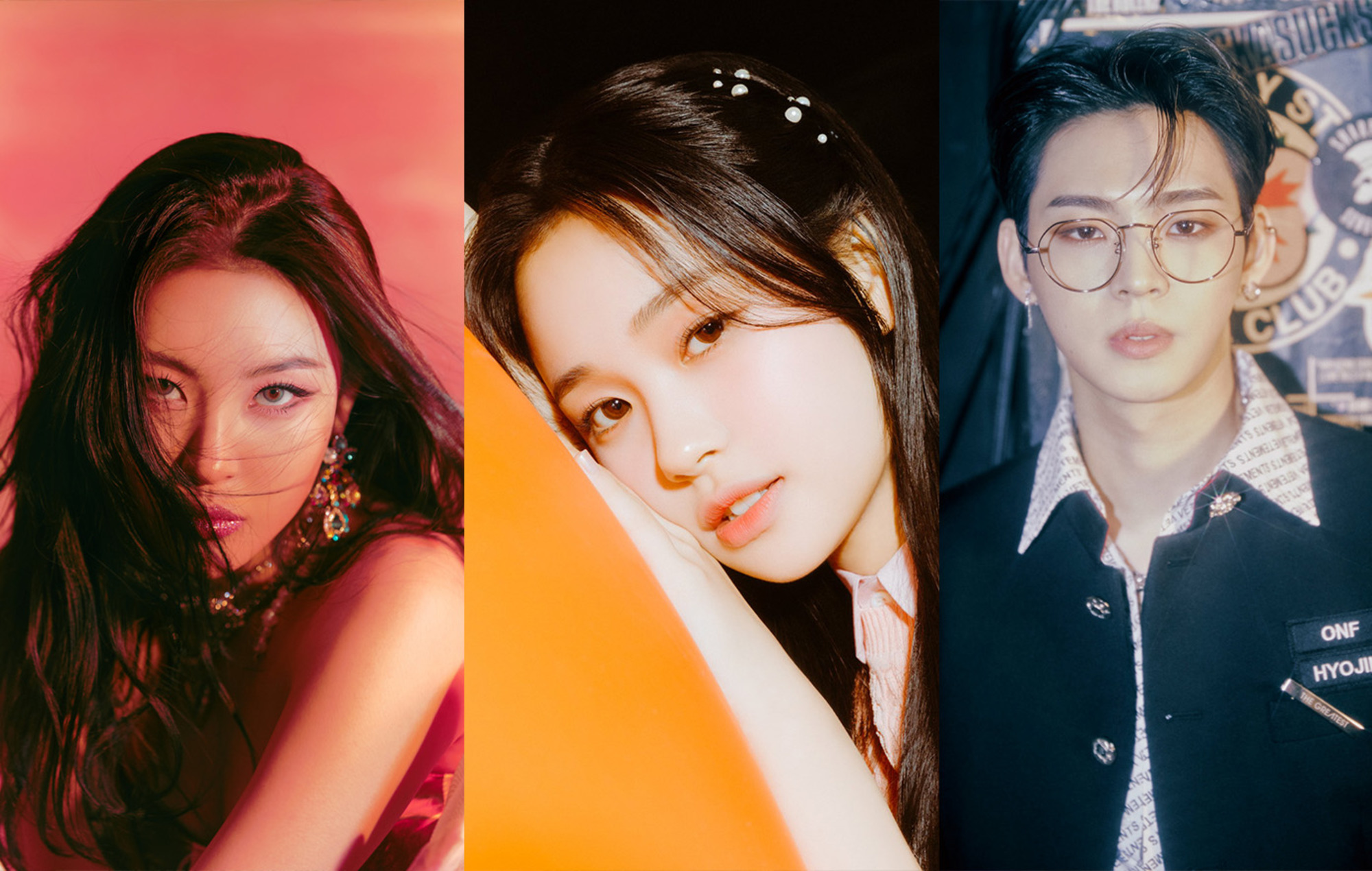 K-pop acts Sunmi, Weeekly and ONF are set to release new music this coming August, as confirmed by their respective labels.

Earlier today (July 14), Sunmi’s label Abyss Company confirmed in a statement to Newsen that the singer is in the midst of preparations for a “new album” and is “aiming for an August comeback”. However, the company also noted that a detailed schedule for her return will only be released “later on”, according to translations by Soompi.

On the same day, the agencies for Weeekly (Play M Entertainment) and ONF (WM Entertainment) also stated that the two K-pop groups would be releasing new music in August in statements to Hankyung and Top Star News, respectively. However, details for their releases are currently scarce, with more details expected coming weeks.

These three acts are the latest additions to what to shaping up to be a very busy month in the K-pop world. Other K-pop groups who are scheduled to return this August include Red Velvet, Stray Kids and CRAVITY.

Last month, SM Entertainment confirmed that Red Velvet were preparing to release a new album next month. The forthcoming record will mark their first official comeback as a full group in almost 18 months, following their 2019 compilation album ‘The ReVe Festival: Finale’.

Meanwhile, Stray Kids’ August release will be their first since being crowned winners of the Mnet reality TV competition, Kingdom: Legendary War. The project is also said to include member Hyunjin, who had been on hiatus since February.

CRAVITY’s forthcoming release will be their second of the year, following ‘Season 3. Hideout: Be Our Voice’ in January. The group is said to showcase the group’s musical growth and their unique worldview through their August comeback.

The post Sunmi, Weeekly and ONF to be release new music next month appeared first on Askhiphop.