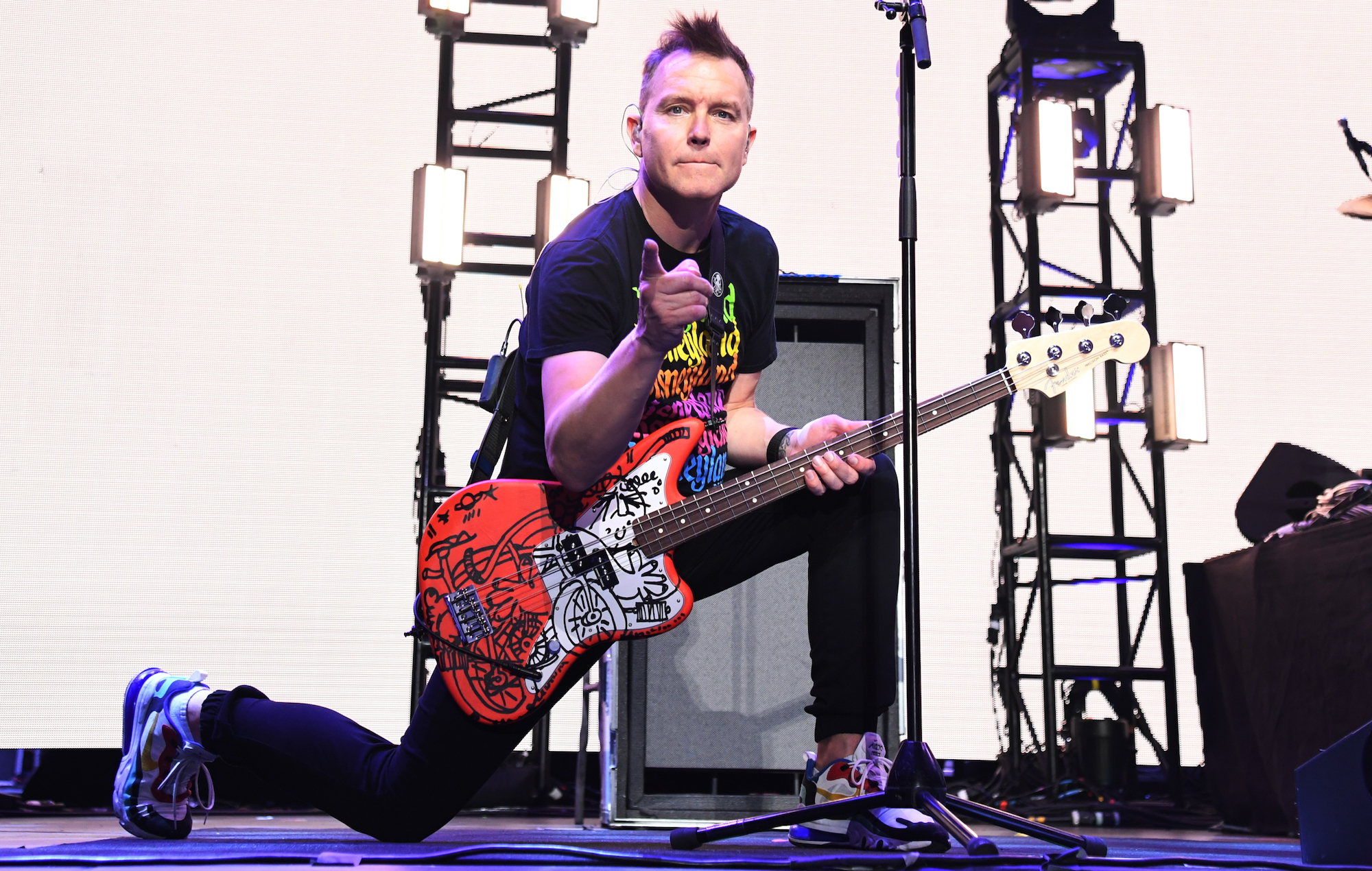 Mark Hoppus has shared more details on his recent cancer diagnosis, confirming to fans in a Twitch stream that he has 4-A diffuse large B-cell lymphoma – the same type of cancer his mother had battled (and eventually beat).

As the Lymphoma Research Foundation explain, diffuse large B-cell lymphoma is the most common type of non-Hodgkin lymphoma patients are diagnosed with around the globe, with 18,000 cases reported every year. It’s an aggressive form of non-Hodgkin lymphoma that targets white blood cells, deteriorating the body’s immune system and its ability to fight infection.

Hoppus shared the news in a Q&A session with fans, saying: “It’s entered enough parts of my body that I’m stage 4, which is, I think, the highest that it goes.”

The Blink-182 bassist is adamant on maintaining his positivity, however. “We’re beating this cancer,” he added. “It’s just a matter of time.”

Word of Hoppus’ diagnosis follows an update he gave last week, wherein he revealed he was getting ready to undergo a test “that may very well determine if I live or die”. He spoke further on the details of such in his Twitch stream on Tuesday (July 13), saying: “The test is to find out if my chemotherapy is working at all. And if it is, then I go back for at least three more rounds.

“Ideally, I go in tomorrow and they say, ‘Congratulations! Your chemotherapy has worked and you are all done, and you’ll never have to think about this cancer again for the rest of your life.’ I hope.”

“If I go in tomorrow and they’re like, ‘It’s kinda working, we think it’s working,’ we’ll see,” he said. “Then I’ll still do three more rounds, I think. And if they say, ‘Well it’s really not working like we’d hoped,’ then I have to go and talk about other options. Which I guess means a bone marrow transplant.”

Hoppus also spoke about his experiences with chemo thus far, saying he felt like “a zombie that fell onto an electric fence” after his first session.

Hoppus first revealed his cancer diagnosis on June 23, telling fans in a statement: “It sucks and I’m scared, and at the same time I’m blessed with incredible doctors and family and friends to get me through this.”

Travis Barker and Tom DeLonge both voiced their support for Hoppus afterwards, and Hoppus shared his first photo since the news broke on July 4.