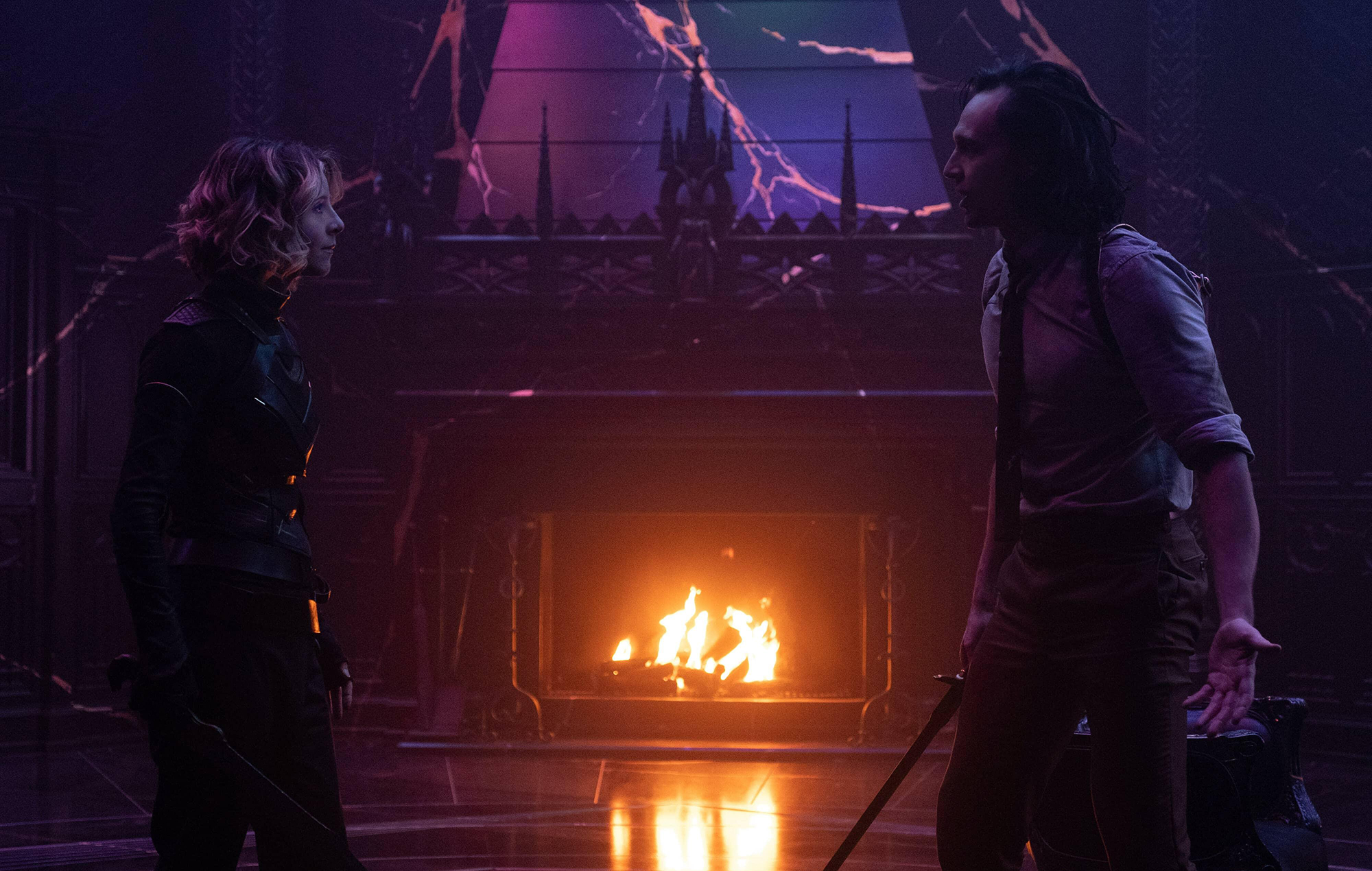 And just like that, the MCU has a new supervillain. WandaVision might have set up major plot points for Doctor Strange in the Multitude Of Madness and The Falcon And The Winter Soldier gave us a new Captain America, but if ever you needed proof of just how seriously Marvel is taking its Disney+ TV series, it’s surely the end of Loki’s first season – introducing a new big bad and setting wheels in motion for a story arc that’s likely to spin across multiple phases (and billions of dollars).

The last time we saw Loki (Tom Hiddleston) and Sylvie (Sophia Di Martino) they were standing in front of a magic mansion inside the consciousness of Alioth (an unknowable cosmic beast who eats matter), in the void at the end of time. The episode starts with a reminder of just how much is at stake – snatches of dialogue from all phases of the MCU spinning around the cosmos in an endless loop of sacred content.

Stepping carefully inside what looks a lot like an evil version of Edinburgh Castle, Loki and Sylvie meet… that annoying little cartoon clock again. Miss Minutes seems to pop up whenever the show has a lot of explaining to do, and if ever she was needed it’s here – condensing some seriously hefty themes about science and philosophy into something that still sounds like it could sort of make sense. Brushing the exposition aside, Loki and Sylvie press on and finally meet the real man behind the curtain, and the character long-rumoured to be brought into replace Thanos: Kang The Conqueror (Lovecraft Country‘s Jonathan Majors).

Never named as “Kang” here, “he who remains” (“sometimes called Conqueror…”) seems like a perfectly nice guy. Smiling and joking while pouring out a couple of cups of coffee, the cosmic time lord sits Loki and Sylvie down in his office and tries to explain what’s going on. It turns out Kang was once a human scientist from Earth who learned the secrets of the multiverse at same time as all of his inter-dimensional variants, causing a war between his less noble selves and a bid for supremacy over all the alt-realities that “was almost the end of everything and everyone.” Good Kang harnessed the power of Alioth, beat his bad selves into submission, and created the TVA to try and maintain some kind of order over the chaos of free will.

While all of this is being carefully explained with little animated bronze statues, Mobius (Owen Wilson) and Hunter B-15 (Wunmi Mosaku) are confronting Renslayer (Gugu Mbatha-Raw) back in the TVA. Taking Loki’s advice, Mobius and Hunter have managed to track down Renslayer’s human past as a high school principal and have used the knowledge to turn all the other Hunters against her. Escaping through a time portal just in time, Renslayer bows out of the series with a lot of questions still swirling around her.

Back at the end of time, Kang is offering Loki and Sylvie two options. Either they kill him, collapse the fabric of the multiverse and invite one of his evil selves to take his place, or they take his throne instead – ruling over the sacred timeline as two Loki lords.

Sylvie wants to kill him and Loki wants to think about it, so they argue, fight, snog each other (finally…) and then fight some more before Sylvie kicks Loki through a time portal back to the TVA and stabs Kang through the chest. “See you soon,” Kang says with a smile as he dies, just as the timeline outside the window starts branching into a thousand different realities.

Running desperately through the hallways of the TVA, Loki bumps into Mobius and Hunter B-15 before realising that neither of them recognise him anymore. The giant timekeeper statue in the lobby has changed into Kang. The multiverse has split. Where are the Avengers when you need them?

The ‘Loki’ finale (episode 6) is streaming now on Disney+