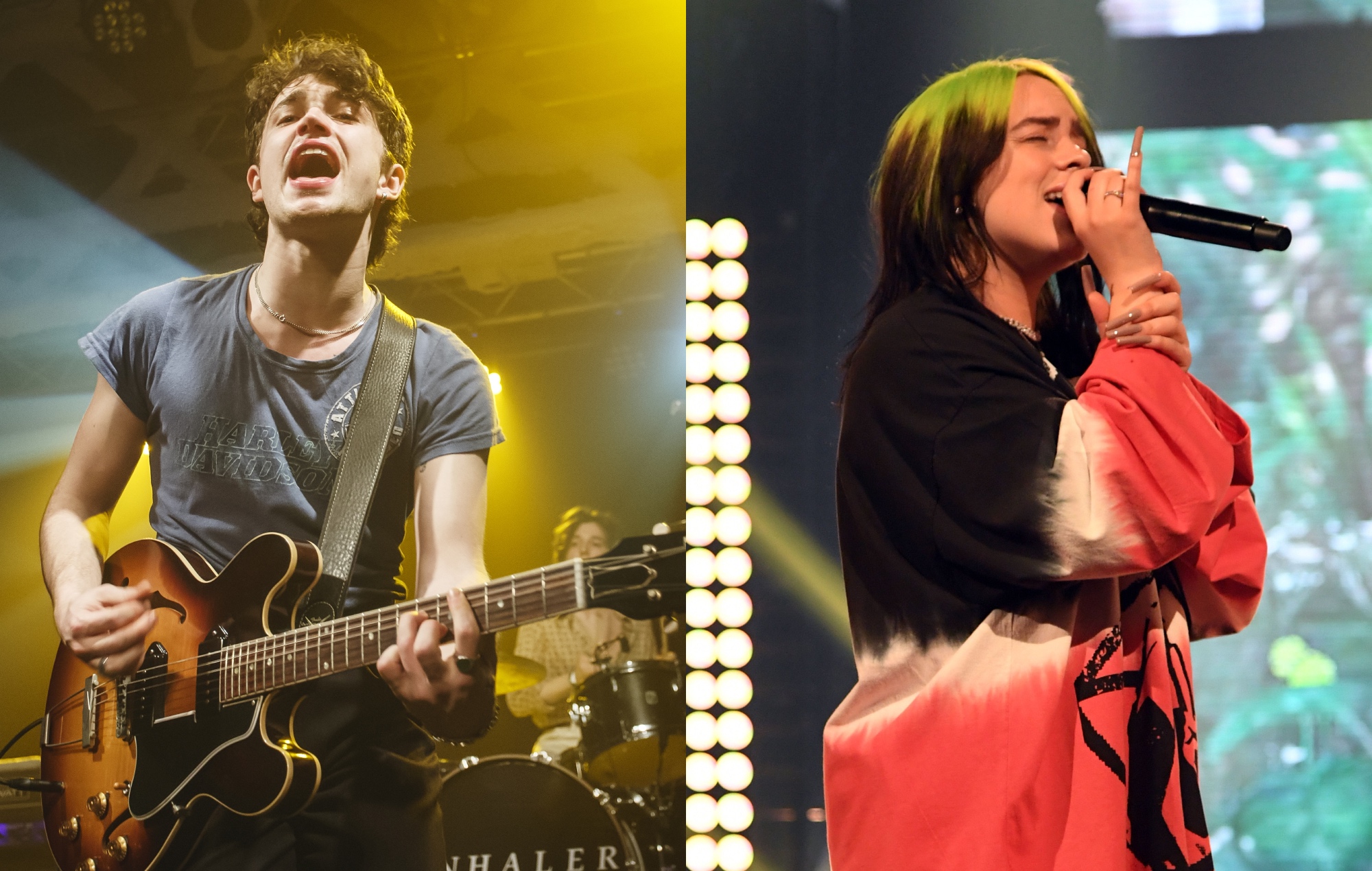 Inhaler performed a cover of Bille Eilish‘s ‘Your Power’ during a Radio 1 live session tonight – you can listen to it below.

The Dublin band delivered a set at Maida Vale Studios in London this evening (July 14) in support of their debut album ‘It Won’t Always Be Like This’, which arrived last Friday (July 9).

Taking to social media, Inhaler said earlier that they would be playing “some tunes from IWABLT and something a little extra” during the special show.

The band decided to put an indie-rock spin on Eilish’s ‘Happier Than Ever’ single, blending together electric guitar, keyboards and Eli Hewson’s soaring vocals. Building to a heavy climax, the atmospheric cover can be streamed below.

Join us on @BBCR1 from 6pm tonight to hear us perform some tunes from IWABLT and something a little extra live from Maida Vale with @anniemacmanus – see you there pic.twitter.com/7ntOSU9SJ9

Speaking to host Annie Mac, frontman Hewson joked that it took “months of training” to pull off the falsetto vocals in the song.

“We wanted to do something that was popular. I think [Eilish] is a really good inspiration for people who wanna get into the pop world,” he explained.  “When you hear her songs, you really know that it comes from her heart. And I think the song has a great message.”

He added: “I think we did a good job, and hopefully she likes it and we didn’t butcher her song. It’s a great song.”

You can listen to the full Radio 1 interview and live session here.

In a four-star review of Inhaler’s ‘It Won’t Always Be Like This’, Askhiphop wrote: “[The album] is teeming with nervous energy over trying to find balance in a world turned inside out, while flashes of more mature reflections on saints, sinners, kings and dreams are also promising.”

Inhaler will tour the UK and Ireland later this year – the full schedule is as follows:

The post Listen to Inhaler’s anthemic cover of Billie Eilish’s ‘Your Power’ appeared first on Askhiphop.