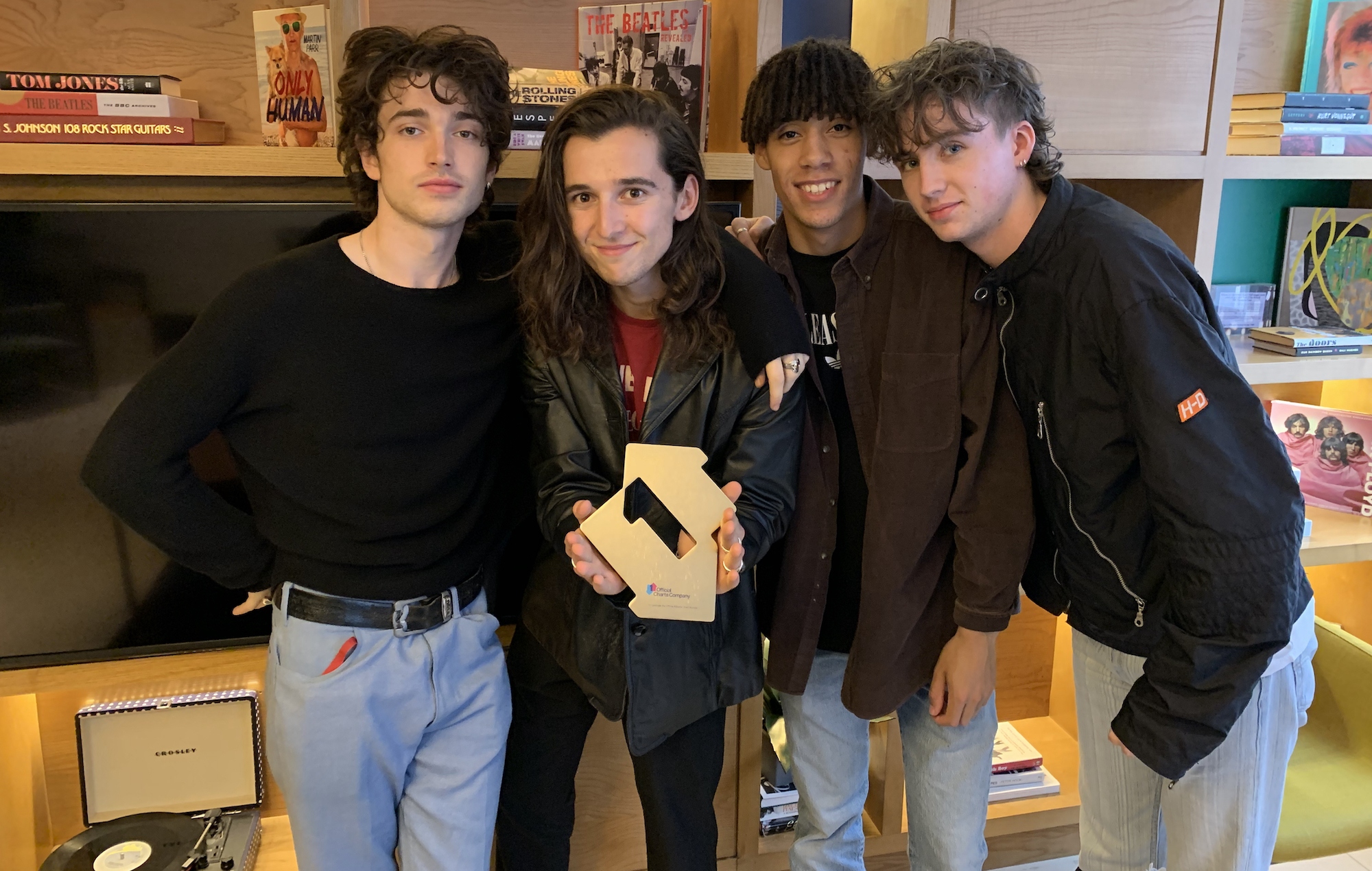 Inhaler have scored this week’s Number One album, making them the first Irish band in 13 years to hit the top of the Official UK Albums Chart with their debut album.

The last Irish band to go to the top of the charts with their first record was The Script and their self-titled debut in 2008.

‘It Won’t Always Be Like This’ was released last week (July 9) and has since racked up 18,000 chart sales – 92 per cent of which were physical sales.

Those figures make the record the best-selling vinyl album this week and the fastest-selling debut album on vinyl by any band this century. Inhaler have also scored a further Number One this week by topping the Official Irish Albums Chart.

“We can’t believe our album has gone to Number One,” the band said in a press statement. “From starting off in small clubs in the UK to where we are today, never did we think during the making of this album that this would be possible for us four chancers. Thank you to everyone who bought or streamed our record. It means the absolute world to us.”

Watch the band react to their first UK Number One album below.

‘It Won’t Always Be Like This’ is the fourth debut album to reach the top spot in the UK in 2021. The other albums to achieve that feat so far are Celeste’s ‘Not Your Muse’, The Snuts’ ‘W.L’, and Olivia Rodrigo’s ‘Sour’.

In a four-star review of Inhaler’s debut, Askhiphop said: “‘It Won’t Always Be Like This’ is teeming with nervous energy over trying to find balance in a world turned inside out, while flashes of more mature reflections on saints, sinners, kings and dreams are also promising.”

There is only one other new entry in this week’s Top Five in the Official UK Albums Chart, with Tom Odell’s ‘Monster’ entering at Number Four.

In the Official UK Singles Chart, Ed Sheeran hangs onto the Number One spot with ‘Bad Habits’, while Dave and Stormzy’s collaboration ‘Clash’ enters at Number Three. The Kid Laroi and Justin Bieber’s team-up ‘Stay’ also enters the chart for the first time this week, debuting at Number Five.

Earlier today (July 16) Inhaler shared their full cover of Billie Eilish’s ‘Your Power’, which they originally performed this week during a session for BBC Radio 1.

The post Inhaler are the first Irish band to top UK albums chart with their debut album in 13 years appeared first on Askhiphop.