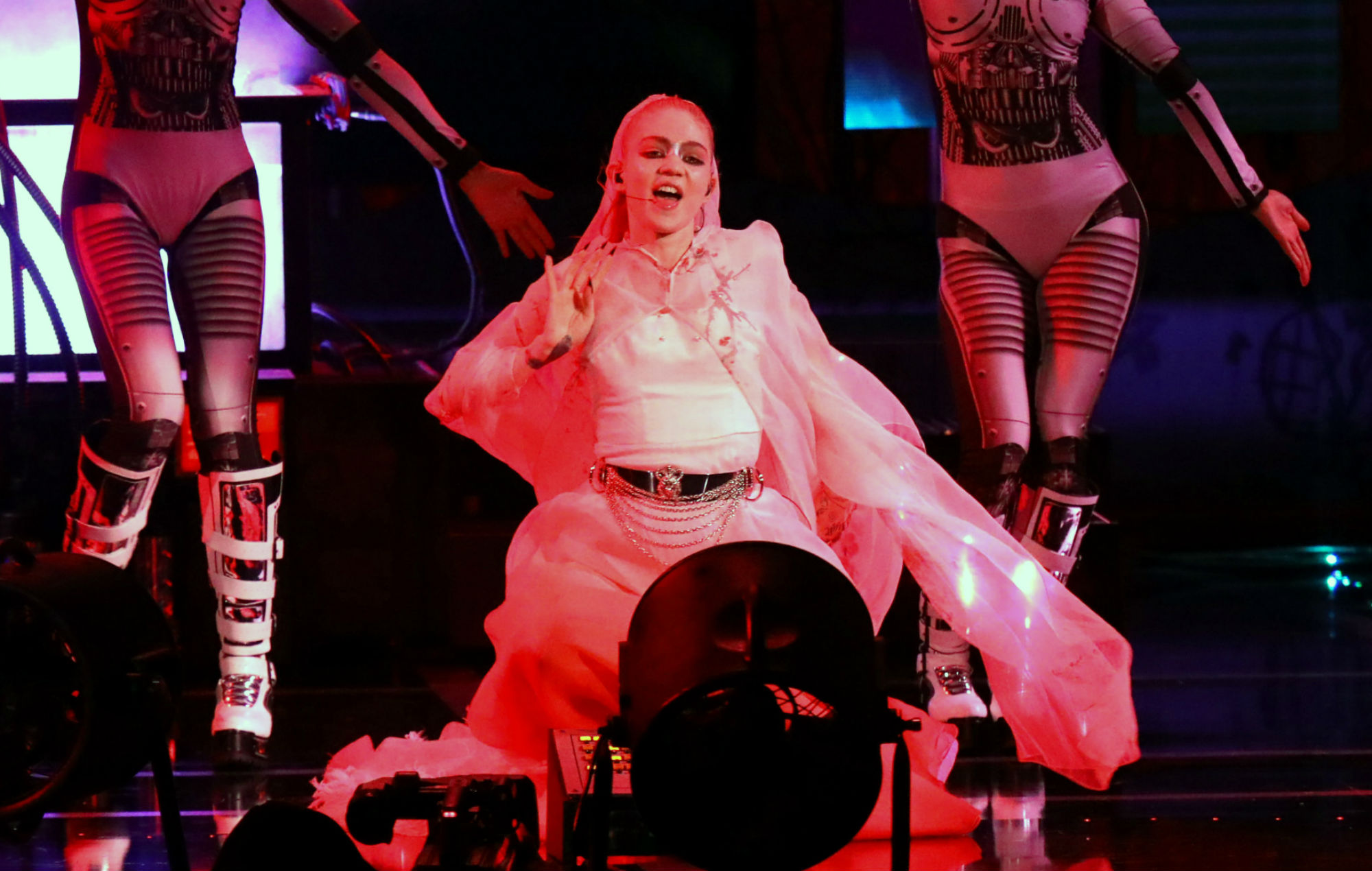 Grimes has shared a snippet of another unreleased song on her social media.

“My label thinks this isn’t a single what do y’all think? Imo this song shud have a music video,” Grimes wrote on Instagram.

Listen to the audio below:

It follows an earlier excerpt Grimes shared of a song in her Discord, reportedly titled ‘Shinigami Eyes’. Yesterday, the artist said she was joining the Discord staff “so we can all be addicted to gaming together” on Instagram, along with a video promoting the platform.

Grimes has also recently revealed information about the follow-up to her 2020 album ‘Miss Anthropocene’, describing the forthcoming release as a “space opera” centred around a lesbian AI being.

“It’s a space opera about CLAIRE DE LUNE – an artificial courtesan who was implanted in a simulation that is a memory of the AI creation story on earth from the brain of the engineer who invented AI because he wants to re live his life but see if his perfect dream girl could teach him to love and thereby he would preserve humanity this time rather than let them fade into obscurity – overcome by the machines,” Grimes said.

The album is set to be her first with Columbia, her first major label since leaving her longtime indie imprint 4AD. In 2018, Grimes hit out at 4AD, promising that ‘Miss Anthropocene’ would be her “final album for my shit label” and looked forward to its follow-up, which she said would be “my first album on a label of my choosing which im crazy stoked about”. She later apologised for the message.

Earlier this month, Grimes was announced as one of the judges on a new “avatar singing competition” TV show called Alter Ego, joining Alanis Morissette and will.i.am and other acts on the panel. The new series will premiere in the US this autumn.