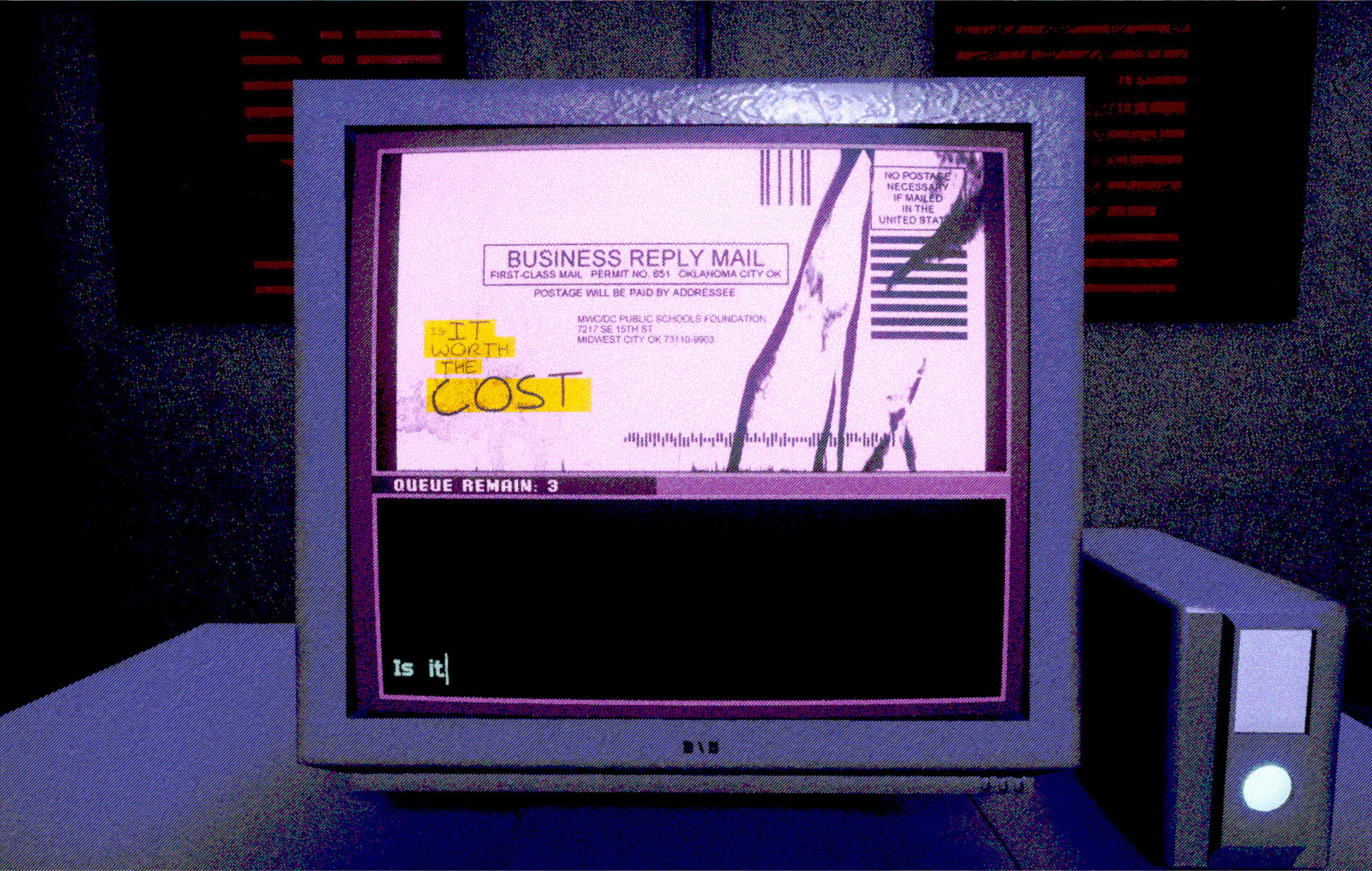 In Dead Letter Dept, players take on the role of someone who has just moved to the big city and secured a temporary data entry job. In-game, this means that you have to go through old damaged and lost mail that can’t be read by computers and enter it in manually.

Some images have been mangled and damaged, so players will need to enter whatever can be made out, sometimes the messages will be a little strange, and sometimes “it feels like it’s talking to you directly through the screen.”

Announcing my next game, released through @BeliefEngine

Work at a night-shift job, processing & typing up dead mail. Lost of their destinies with nowhere else to go
sometimes for good reasons.

There is little detail of how the mechanics of the game will work beyond typing highlighted sections of images. However, the screenshots and short clips show an eerie monitor with unnerving text that appears to promise a tense and spooky experience that is quite compelling.

Unsurprisingly the minimum specifications for the game are extremely light, with an i3 CPU and GTX 460 listed. The Steam page does recommend using a keyboard with function and control keys such as insert and page up/page down.

Dead Letter Dept is available to wishlist on Steam with a release date to be decided.

It is the second game from indie publisher Belief Engine. The first is Noisetube, a “VR music visual experience”. Noisetube uses music files to create a psychedelic tube for players to be launched down with breaks and patterns created in time to the music. Noisetube is set to launch into early access, but its release date is currently to be decided.

Valve recently announced the Steam Deck, a handheld portable PC. However, its operating system may prevent half of Steam’s most popular games from running.