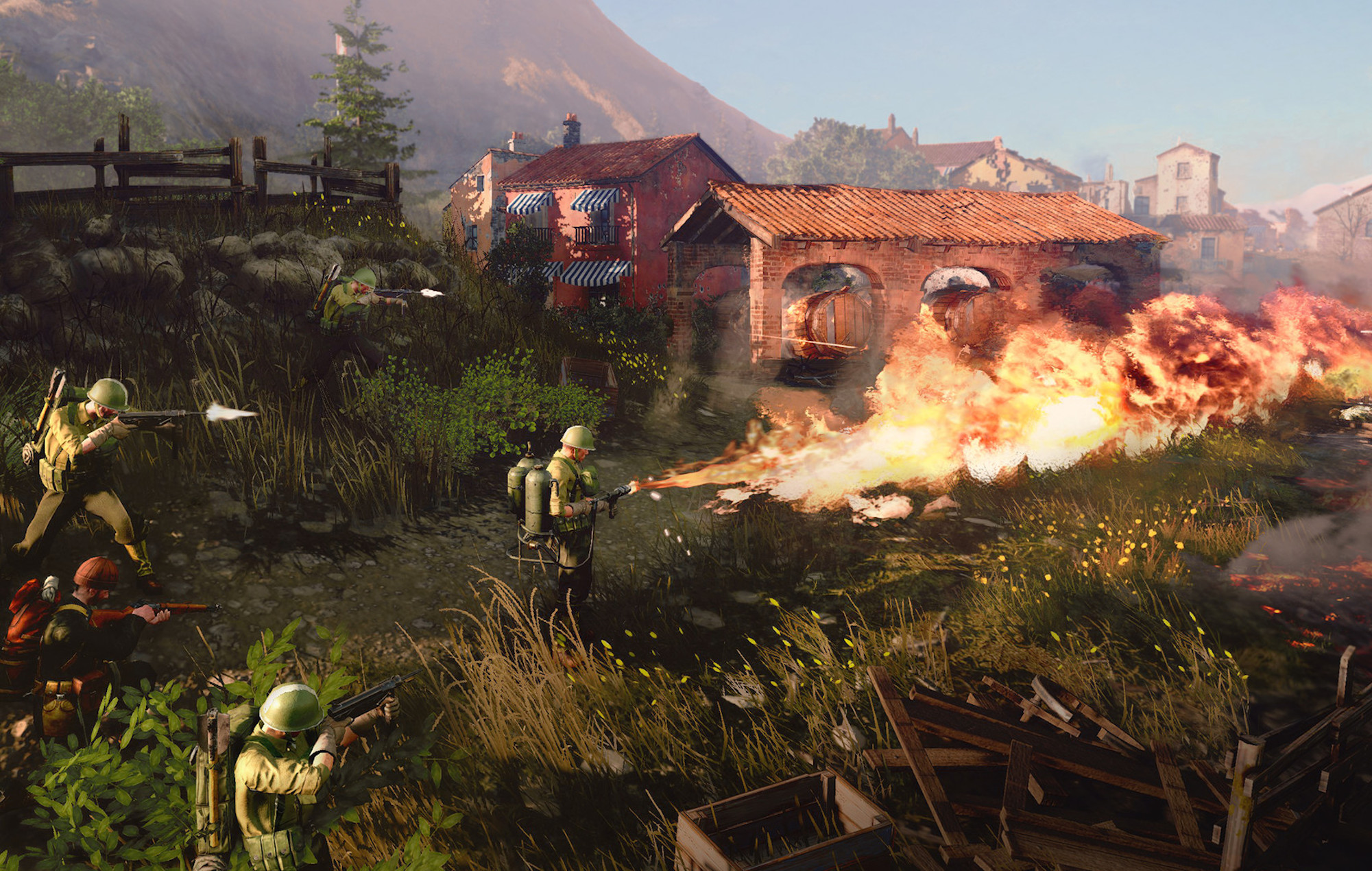 Company of Heroes 3 is the next entry in Relic Entertainment’s ambitious and critically-acclaimed RTS series, and it arrives on PC soon.

You may recognise the studio as the developer behind some other highly-regarded real-time strategy games: it has worked on both Homeworld and the Warhammer: Dawn of War titles, too. It’s got a very strong pedigree when it comes to the RTS genre, and now it’s going back to its strongest setting: World War II.

It’s been eight years since the last game in the Company of Heroes series launched, and four long years since Company of Heroes 2 received any DLC. To say that appetites for the series’ infamous boots-on-the-ground storytelling in the strategy space is reaching a critical level would be an understatement. It’s a good job Relic has announced a brand new title, and you can play it right now!

Though we don’t have a set release date just yet, Company of Heroes 3 is set to launch in 2022, and at the time of writing the game has only been confirmed for a PC release.

Company of Heroes 3 gameplay and setting

The main selling point of the Company of Heroes series lies in the way it takes the moment-to-moment gameplay inspired by real-life warfare incredibly seriously. This means things like cover, elevation, flanking, and so on are all weighed heavily into how well your troops will perform against enemy forces.

German, UK, and US forces will be playable in the game in various modes, but the single-player campaign will cast you as the Allied nations – and you’ll be able to command both at the same time. That should open up strategies and give you a slew of options when going into just about every confrontation.

You will also be able to liberate ‘partisan forces’, depending on your region, which can then perform auxiliary tasks for you, such as creating barricades or providing you with intel on enemy encampments and movements.

As per the studio, gameplay has been enhanced with a suite of new features, which creates the “the deepest tactical experience to date,” and as ever, you’ll be able to command ground, air, and naval forces and build supply lines as you punch through into enemy territory and resist the Axis forces.

With the first title taking the war to Western Europe, and the second game focused on the more frigid Eastern Front, many players will no doubt be happy that this third entry in the series is heading to the Mediterranean – so far, we’ve seen evidence of both North Africa and Italy in the game.

Expect more locations to be announced in due time.

You can take a look at the game’s first gameplay trailer below. It should be noted that Relic Entertainment has said that all footage in this trailer is pre-alpha, and therefore is not indicative of anything you may see in the final version of the game.

“Quick note that for cinematic reasons we slowed down numerous shots in this trailer,” says the developer. “Rest assured this is just for the trailer. Go and play the Pre-Alpha Preview and see it at real speed.”

How to play Company of Heroes 3 pre-alpha preview now

You can get your hands on the game right now. Anyone that links their Steam account to the game’s Steam page will have access to the pre-alpha preview until August 2.

Here’s how to access the Company of Heroes 3 ‘Pre-Alpha Preview’.

The post ‘Company of Heroes 3’ pre-alpha, release date, gameplay and everything we know appeared first on Askhiphop.