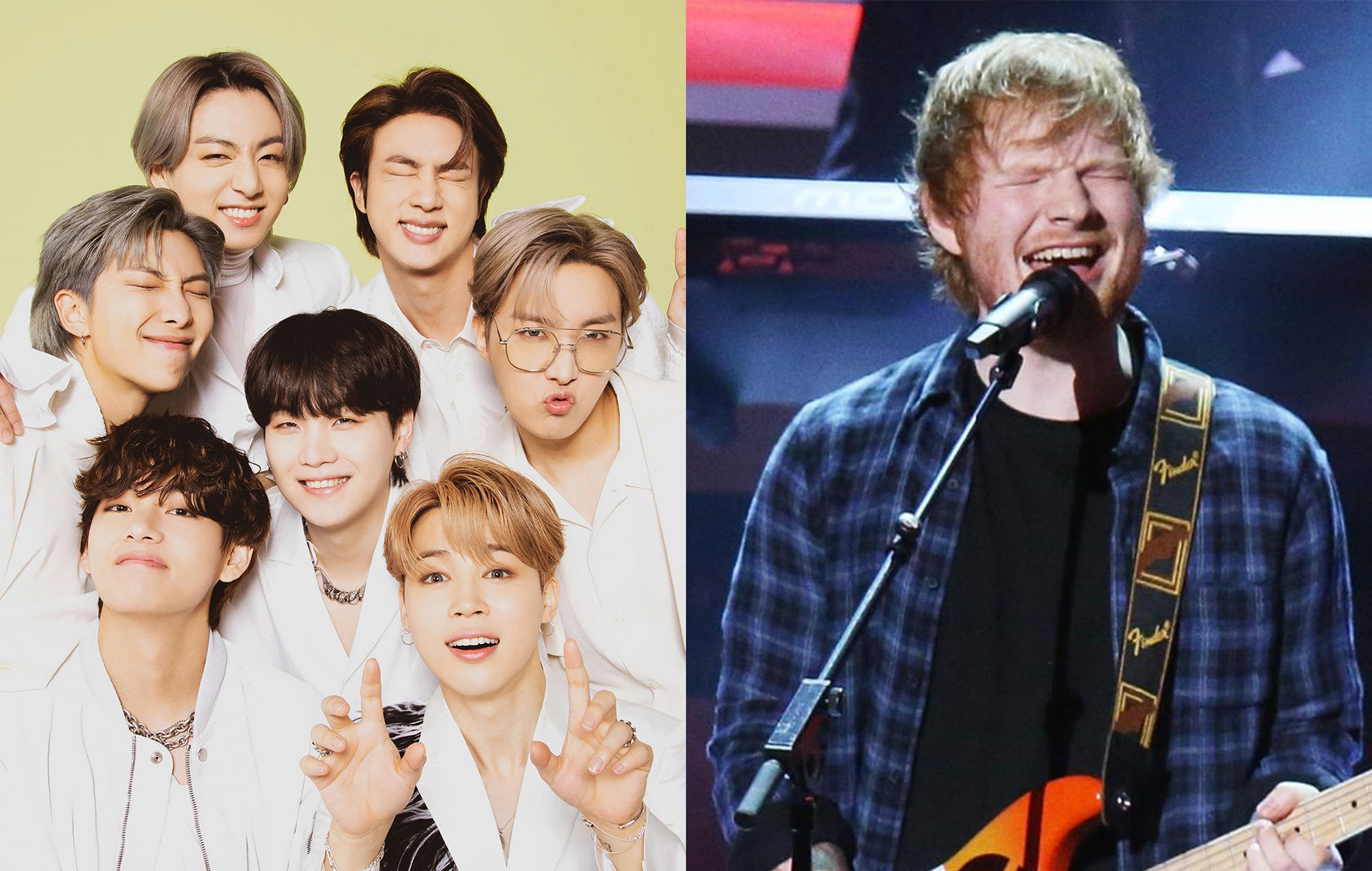 K-pop powerhouses BTS have shared that they have yet to meet Ed Sheeran in person, despite having collaborated with him twice.

During the group’s “two day takeover event” of The Tonight Show Starring Jimmy Fallon on July 13, BTS sat down with host Jimmy Fallon, who asked about their first meeting with British singer-songwriter Ed Sheeran. However, leader RM admitted that the group “can’t believe that we haven’t met him yet.”

“And, you know, [‘Permission To Dance’] is the second project with him, but we never met him yet,” elaborated RM. Prior to ‘Permission To Dance’, which was released last week and co-written by Sheeran, BTS enlisted the British singer-songwriter for their 2019 song ‘Make It Right’.

The seven-member South Korean group also made their debut television performance of ‘Permission To Dance’ during their appearance on The Tonight Show. BTS’ “takeover” of The Tonight Show Starring Jimmy Fallon will continue tomorrow (July 14), where they will perform a “special edition” of their chart-topping hit ‘Butter’, according to Billboard.

Aside from Sheeran, ‘Permission To Dance’ was also co-written by Snow Patrol’s Steve Mac, frequent Sheeran collaborator Johnny McDaid and Jenna Andrews. The song is also featured on the newly released CD version of the group’s chart-topping English-language single ‘Butter’.

Earlier this week, ‘Butter’ extended its hold on the top spot of the Billboard Hot 100 chart for the seventh week in a row. The song has so far spent its entire run on the chart on the top spot, since its debut on May 21.

The post BTS reveal they haven’t met Ed Sheeran despite collaborating with him twice appeared first on Askhiphop.